A ‘HEAD’y tweet…and no, I’m not talking about Miss Hedy Lamarr, or Groucho Marx, or Delilah’s bosom…if that’s all you’re interested in…then read the previous post! 😉 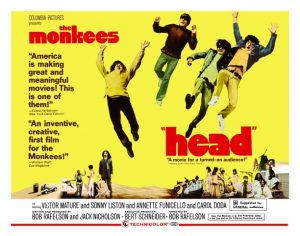 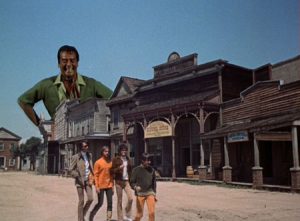 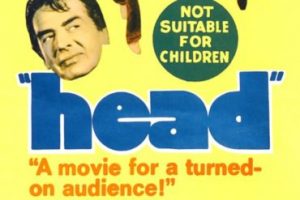 While searching Victor Mature on Twitter, I came across this ‘Head’y tweet from Jessica (J.P.) @HollywoodComet regarding…HEAD (1968):

“Victor Mature was my favorite part of HEAD.” – tweeted Jessica      “Victor Mature admitted the script made no sense to him: “All I know is it makes me laugh.” LOL”

Jessica’s tweet inspired some ‘HEAD’y thoughts…;-) Personally, I love the scene where The Monkees are sucked up out of my Dad’s hair like large pieces of dandruff…

HEAD – Quotes from the theatrical trailer:

HEAD –  “What’s it all about? Only Victor Mature’s hairdresser knows for sure…”

(Yes! That is Annette Funicello!) 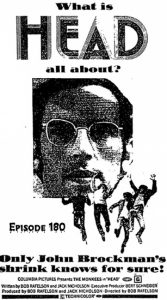 Here’s the Monkees’ version from HEAD: 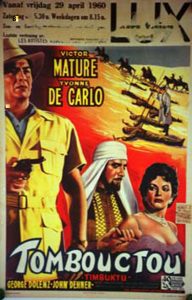 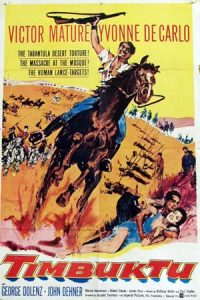 Continuing on this HEAD trip…Jessica (J.P.) @HollywoodComet, the author of the afore-quoted tweet, is doing the PR for Lives of Bernard Herrmann: A documentary exploring the life and music of Academy Award winning composer Bernard Herrmann. (@HerrmannMovie) …and, apparently, Alec Baldwin will be lending his talents to the documentary. (IMDB)

Just so you’re a-HEAD of the game…a new biography of The Egyptian’s illustrious director will be released by The University of Kentucky Press at the end of November 2017…  Michael Curtiz: A Life in Film by Alan K. Rode. …I hear there’s nearly an entire chapter dedicated to the intrigue surrounding the making of The Egyptian…;-) https://www.kentuckypress.com/live/title_detail.php?titleid=2584#.WahxssaZO9Y 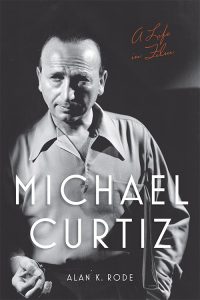 Before you HEAD for other parts…

P.S. The Michael Curtiz Evening to celebrate the book’s release and subject will be held 12/7/17 in Los Angeles at…The Egyptian Theatre…;-) https://www.alankrode.com/index.php/events-and-appearances/event/25-michael-curtiz-evening-kertesz-before-curtiz

An amusing, but inaccurate, post from Ravi Swami @oshunoxtra from London: ” – as Victor Mature once said, he had bigger boobs than the heroine…:)”

…as much as I would like to attribute it to my Dad…I tweeted back that:

Groucho Marx was indeed the author of this fine quote.                          At the 1949 premiere of Samson and Delilah (starring Victor Mature, Hedy Lamarr, and Angela Lansbury), Marx was asked by the film’s director, Cecil B. DeMille, what he thought of the epic picture. Marx stated: “Well, there’s just one problem C.B. No picture can hold my interest where the leading man’s tits are bigger than the leading lady’s!”

Ravi Swami’s response: “… – thank you for the correction of what is an immortal & pithy quote :)…”

Today, someone tweeted that VM starred with Deborah Kerr and Peter Ustinov in Quo Vadis (1951)….but that wasn’t VM…it was Robert Taylor.

A common misconception about VM, is that he starred in just about every sword and sandal movie ever made…:-)

Victor Mature has become synonymous with Biblical/sword and sandal films (so much so that even George Clooney is talking about how he used VM’s perceived film persona as inspiration for his recent role in ‘Hail, Caesar!”) Yet, less than a fifth of VM’s films were in this genre. Over half his films were in the more intimate genres of noir and western which captured VM doing his best and most subtle work.

Why, then, is he considered the king of high sandals and short tunics?

This is my explanation: First, for more than twenty years, starting back in the late 1960’s right on into the 1980’s, before everyone had cable, back when the entire United States watched the same few channels, The Robe (1953) and/or Samson and Delilah (1949) were always showcased around Easter time. People grew up seeing Victor Mature playing Demetrius and Samson…and for many, this was their main (if not only) exposure both to Victor Mature and to the Biblical/sword and sandal genre of the 1950’s… Second, nowadays, most people get their classic film education from TCM who tends to only show films from the MGM catalogue because that is what they own. Thus, many of Victor Mature’s terrific ’40’s and ’50’s films, owned by 20th Century Fox and other studios, don’t get exposed to a large modern audience, and have yet to become part of the modern film vernacular like Samson and Delilah and The Robe once were.